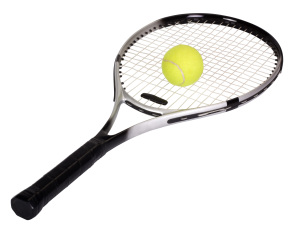 Evan Matthew Morello, age 25 years and 7 months, of Greensburg, formerly of Richland. Born in Johnstown March 24, 1994 and passed away October 24, 2019 as the result of a traffic accident in Greensburg.

Evan was a special and unique soul.  He had a loving spirit and was always ready to help anyone at anytime.  Evan had a dry sense of humor and was funny as hell.  His stories could make your ribs hurt after 20 seconds.  He had a quick wit and always had something to say.

He is survived by his loving family, parents, Fred and Kathy (Hrivnak) Morello; brother, Andrew and sister, Kristen; Also survived by numerous aunts, uncles, and cousins.

As a little boy Evan was the neighborhood entrepreneur.  With his company EVCO he started a snow shoveling service and had many neighborhood clients.  Evan had little paper receipts with the word EVCO printed on them and would put his receipt in the neighbor’s mailbox when his job was done.  In the summer, Evan would cut grass and trim bushes.  Evan was a Boy Scout and an Eagle Scout and the many lessons he learned through scouting affected his life.  Evan loved to cook and learned many cooking skills over a campfire.  He earned a humorous “Troop Chef” badge from his scout masters because of his love of cooking.

Evan graduated from Richland High School in 2012, where he lettered in Football, Golf and Tennis.  Evan had a passion for tennis and golf.  He was truly a character and just about anyone who taught Evan or went to school with Evan could tell you an “Evan” story. While in high school he was a golf caddie at Windber and Sunnehanna Country Clubs.  After graduating high school Evan attended the University of Pittsburgh at Johnstown for a year, then transferred to Florida Gulf Coast University where he majored in engineering. Evan had an innate mechanical ability that he inherited from his dad.  He could fix anything that had a motor or gears.

Evan was a people person and was able to incorporate his talents into his jobs at JWF industries and most recently in Industrial Sales at A.W. Miller in Harmony, PA.

Evan had literally hundreds of friends and among his buddies were Sean & MaryJo, Aaron, AJ, Kyle and Matt. The outpouring of love we have received from neighbors, family and friends has touched us deeply.  Our hearts are permanently broken but we put our hope in the fact that Evan knew Jesus Christ as his Lord and Savior.  We know that we will reunite with him again someday. Evan said “Love you” to us any time we spoke and we can confidently say back to Evan sweet son and brother, “WE LOVE YOU MORE.”   Until we meet again, rest easy dear one.

Jesus said, “I am the resurrection and life.  The one who believes in me will live, even though they die; and whoever lives by believing in me will never die.  Do you believe this?   John 11: 25-26

A celebration of his life will take place 10:00 AM on Tuesday, October 29, 2019 at Emmanuel Baptist Church, 425 Luther Road, Johnstown, PA, Pastor Kirk Rowland officiating. There will be an additional viewing at the church from 9:00 AM until time of service Tuesday morning. Interment will follow at Richland Cemetery.