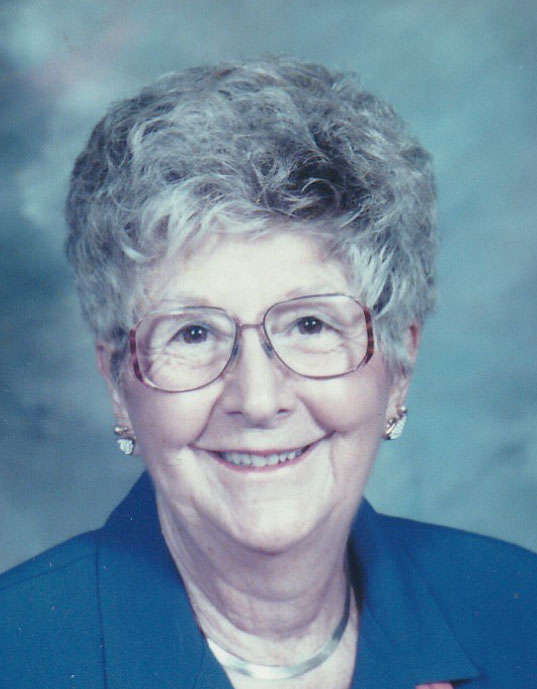 Elvira was the last surviving member of her family.

Elvira retired from US Bank as Assistant Manager of the Westmont Branch. She moved to Lakeland, FL in 1979 and was employed until the age of 94 as a membership account executive with the Lakeland Area Chamber of Commerce. She officially retired in 2017. She was very active in Lakeland Civic organizations and served on committees for the USA Pageants. Elvira was a member of Hollingsworth Presbyterian Church.

She was a loving mother, grandmother, and great-grandmother who will be sadly missed.

At the request of the family, a private funeral service will be held for the family at a later date.

In lieu of flowers, donations may be made to the charity of your choice or to The Westmont Presbyterian Church designated to the Sally J. Oakley Memorial Fund that supports Sunday School Programs, 601 Luzerne Street, Johnstown, Pa. 15905

Condolences may be sent through www.ducafuneralhome.com.

Plant a tree in memory of Elvira "Nikki" Marie Oakley

KNOWING NIKKI FOR 20 YEARS AS A VERY SPECIAL FRIEND WAS VERY EASY.  A BEAUTIFUL LADY WITH AN INFECTIOUS SMILE AND PERSONALITY THAT GLOWED FOR TEN OF THOSE YEARS AS A GREAT LINE-DANCER PARTNER.  SPOKE TO HER OFTEN  OVER THE YEARS. SHE IS MISSED  DEARLY. WITH LOVE !!!!!!

Doug and family,  All of us at American Dream Real Estate want to send our condolences in the loss of your Mom, she looks like a lovely lady and we are certain she will be sadly missed.  God bless you all and you have all our sympathy.  Val Hudson

All of your friends at Meet and Greet were saddened to hear of your passing.. Each of us have our wonderful remembrances of the times we had with you whether at the bridge table or at our luncheons.  You will be greatly missed.
The Meet and Greet Club Lakeland, Florida'

A Memorial Tree was planted for Elvira "Nikki" Marie Oakley

Plant a tree in memory of Elvira "Nikki" Marie Oakley