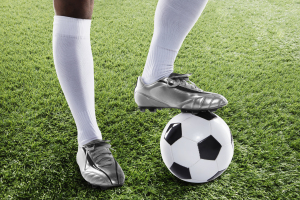 Jesse was a 2005 graduate of Westmont Hilltop High School, where he was captain of his Varsity soccer team and was listed as "Who's Who" among American High School Athletes 2005 edition. He played travel and indoor league soccer, where he made many friends. Jesse also played collegiate soccer at Thiel College and University of Pitt Greensburg. He earned his Bachelor of Science degree in Business and Finance from the University of Pittsburgh in 2011.  He was previously employed at First National Bank during his college years, and was a property claims adjuster for Farmers Home and Auto Insurance. Jesse was an avid skateboarder and was a friend to all.

Jesse was a lifetime member of St. Mary Antiochian Orthodox Church, where he served as an altar boy.

Friends will be received from 5-8 PM on Thursday, at Frank Duca Funeral Home, Westmont Chapel, 1622 Menoher Blvd. Johnstown PA 15905, where Trisagion Prayers of Mercy will be sung at 7:30 PM.

The family will provide the flowers and suggests memorial donations be made to to, Family of Jesse J. George through www.myremembrance.com/remember using Legacy Code: 102 which will provide the family with a personalized keepsake that lists every donor’s name who so graciously donated in Jesse's memory.

To send flowers to the family or plant a tree in memory of Jesse J. George, please visit our floral store.