Share a memory
Obituary & Services
Tribute Wall
Read more about the life story of Kenneth and share your memory.

Kenneth E. Newman, 70  of Tire Hill, Somerset County. It is with great sadness that we announce his passing on January 11th, 2023. Ken was born on March 22nd, 1952 in Jersey City, New Jersey to Mr. Charles Newman and Violet (Johns). He was the beloved brother of James Newman, Thomas Newman, and Dennis Woodside.

Ken is survived by his wife Shawna (Mattes) Newman, and his sons Sonny Newman, Phoenix and Caleb Unger. Kens cousins  Patrick and Connor Delaney and families of New Jersey. He is also survived by his mother-in-law LuAnn Mattes, In-Laws, Mike and Kelly Dzambik, Dallas Hotchkiss, and Cherie Doman. Ken had a special relationship with his six nieces Kyrah, Janiea, Julieonna, Karleena Dzambik, Kaydance Hotchkiss, and Rosie Doman, as well as his two nephews, Logan Umpierre, and Ethan Doman.

Ken was a proud service member of the United States Marine Corp. He served during 1968, spending his service career during Vietnam and Desert Storm. Ken spent time working at the Ocean City Terminal of New Jersey, and also operating machinery on oil rigs in California.  Ken believed faithfully in God and Country.

He was an active member of the community, spending time as a chef for many years at Seven Springs and Hidden Valley Ski Resorts. He also spent time as a park ranger at the Quemahoming Recreational Park, and enjoyed camping, fishing, and hunting. He was passionate about supporting "Veterans Care", and participated in the revitalization of Cambria and Somerset County. He was always willing to help others in any way he could.

Ken will be deeply missed by all who knew him.

Condolences may be sent and other information found at www.ducafuneralhome.com

A "Go Fund Me" account as been established for Kenneth Newman, to assist Shawna with funeral and other unexpected expenses.

To send flowers to the family or plant a tree in memory of Kenneth E. Newman, please visit our floral store. 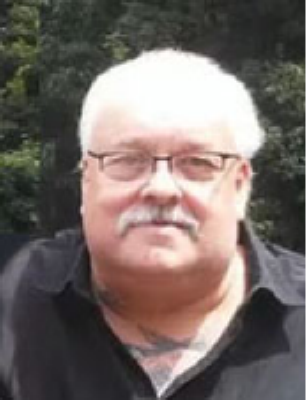 Look inside to read what others
have shared
Family and friends are coming together online to create a special keepsake. Every memory left on the online obituary will be automatically included in the book.

Look inside to read what others have shared

Family and friends are coming together online to create a special keepsake. Every memory left on the online obituary will be automatically included in the book.

You can still show your support by sending flowers directly to the family, or by planting a memorial tree in the memory of Kenneth E. Newman